Seven Brewers to participate in WBC

I’m happy for all of these guys, but the one issue with the Classic is that it interferes with Spring Training. I typically don’t have an issue with that, but, as someone on Twitter pointed out earlier today, both of the Brewers’ big league catchers will be participating in the WBC, so the new Brewers pitchers (particularly the relievers) won’t have much time to get familiar with them. That shouldn’t be an issue, but it is something to think about.

Also, the fact that Gallardo will be throwing extra innings due the WBC will probably try and prompt Ron Roenicke to give him some sort of innings limit, knowing his shenanigans. Hopefully it doesn’t come to that.

> The Brewers weren’t expected to make many impact trades this offseason, primarily because their farm system is still depleted from acquiring Shaun Marcum and Zack Greinke back in 2010. But, it often goes unsaid that the Brewers have a ton of outfield depth, and today they used that to their advantage to start fixing one of their other needs.

The Brewers managed to acquire an established reliever in Burke Badenhop, who has been solid for the Rays and Marlins over the past few years. In return, the Brewers only needed to give up minor league outfielder Raul Mondesi Jr., which doesn’t quite break my heart if you consider the numbers he’d been putting up.

Badenhop, who is still just 29, had a career year last year in his first and only season with the Rays, going 2-3 with a 3.03 ERA. He had been a bit inconsistent in his first four years in the league with the Marlins, but, now that he’s put up a few solid seasons in a row, it’s safe to assume he’ll continue his success from last year. Another perk regarding Badenhop is that he’s a groundball pitcher, which will definitely play well at Miller Park. He doesn’t strike out many guys (career 6.7 K/9), but he doesn’t give out many free passes either (career 2.9 K/9).

Anyway, I see Badenhop filling the role that Jose Veras was supposed to take on in 2012 (but failed), which is getting through the seventh inning to pass it on to the setup man and closer. In a perfect world, Badenhop would have the seventh, a young flamethrower like Jim Henderson (or even Michael Olmsted) would throw the eighth, and a rejuvenated John Axford would close it out. It’s unlikely things would go that smoothly early on, however, so don’t be surprised to see Badenhop pitching the eighth (unless the Brewers sign/trade for another setup man).

I saw some people on Twitter complaining about losing Mondesi. But honestly, who cares? The Brewers might have the most outfield depth in the Majors, including four established outfielders at the big league level with another one ready to burst onto the scene. Not to mention Mondesi wasn’t looking much like his father offensively during his three years in rookie ball for the Brewers- he hit just .243 with 12 homers and 76 RBIs in those three seasons.

But perhaps this trade will work for the both teams. While the Brewers filled one of many huge holes in their bullpen, the Rays may have taken a step in replacing B.J. Upton, who just signed a five-year, $75 million deal with the Braves. Either way, I’m happy with what the Brewers got out of it.

> Another thing worth noting about this trade: with the acquisition of Badenhop, the Brewers now have three guys with guaranteed spots in the 2013 bullpen (yes, I’ve been keeping track of guys who I think have roles already locked up). The other two are Axford and Henderson. Doug Melvin seems confident that Axford will rebound in 2013, and has mentioned Henderson as another guy he hopes to build the bullpen around.

There are a few guys in the minors who I think have very good shots at making the bullpen and thriving, Olmsted being the one I have the most confidence in. It’s true he’s never thrown a pitch above Double-A, but the numbers he put up with Boston’s Double-A affiliate tell me he’ll be throwing a lot of pitches above Double-A in 2013. Then there are Jairo Asencio and Zach Kroenke, both of whom were also signed to minor league deals this offseason, but they don’t have quite as good of track records as Olmsted. The homegrown guys, such as Brandon Kintzler, will also get opportunities. But I think the Brewers need to add at least two more established relievers at the big league level in order for me to feel good about the ‘pen going into 2013.

> The Cubs signed Japanese reliever Kyuji Fujikawa, surprisingly. I was convinced the Dodgers or Angels were going to nab him.

This signing is probably going to prompt the Cubs to trade Carlos Marmol. But let’s not give the Brewers any ideas to get involved with that…

Deals for relievers “not happening soon”

> We can thank the Dodgers and their seemingly endless supply of money for this one. According to Tom Haudricourt, the Brewers are looking at the starter and reliever markets, but “no deals are happening soon.”

I wasn’t expecting the Brewers to bring in an elite reliever like Rafael Soriano, but now it might be a tall task to even sign a relatively mediocre guy. The Dodgers signed Brandon League to a three-year deal worth $22.5 million deal. By looking at that contract, you’d think League is some kind of lights-out late inning reliever, right?

Not quite. There’s no denying League has good stuff (in fact, I’ve been a fan of his for a long time), but he did not deserve that kind of money. The Dodgers acquired League from the Mariners at the Trade Deadline to be their seventh inning reliever. They already had a decent closer at the time in Kenley Jansen, and probably weren’t planning to make League the closer at any point. In fact, League had been yanked out of the closer’s role for the Mariners earlier in the year, and rookie Tom Wilhelmsen took over.

But Jansen went down with an injury, and the Dodgers decided to throw League back into the closer’s role. He did a solid job down the stretch for a Dodgers team that disappointed. 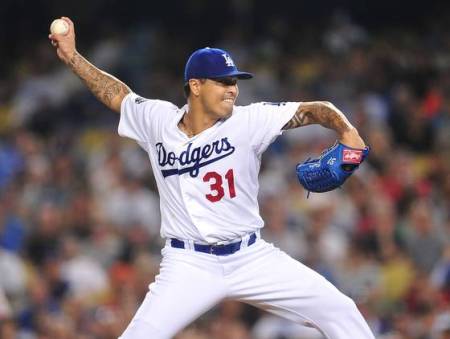 I got a bit off topic, but the point is League hasn’t really even re-established himself as a consistent closer, yet the Dodgers threw millions of dollar signs at him. Why? Simply because they can, and it doesn’t put a dent in their enormous payroll. To them, it doesn’t matter. But to the rest of the small market teams looking for relief help, such as the Brewer, it matters.

My confidence in the Brewers bringing in at least a reliever whose name is relatively known around the league has certainly wavered. They’ll likely have to hope the minor league signings, such as Michael Olmsted and Jairo Asencio, will be enough to shore up what was a terrible bullpen in 2012.

> It’s been reported that many teams are interested in relievers Jason Grilli (RHP) and J.P. Howell (LHP), and there’s no doubt in my mind the Brewers are in the running for each of them. But, as I just explained, bringing in either of them might not be as easy as we think.

> And that’s already about it. There’s been close to no news surrounding the Brewers the last two days (hence the reason for no article last night). So let’s move on to the minor moves:

> The Brewers signed reliever Jairo Asencio to a minor league deal on Monday. The deal includes an invite to Spring Training.

It’s probably unfair for me to judge him based on just parts of three seasons in the Majors, but I’ve never been a huge fan of the guy. His numbers in the Majors, though they are a small sample size, are unimpressive: he has a 5.23 ERA over 58 1/3 innings. In 2012, he threw a career-high 40 1/3 innings between the Indians and Cubs. Asencio had a 4.91 ERA overall in 2012, but was significantly better with the Cubs, posting a 3.07 ERA in 12 games with them.

The Brewers are doing exactly what I expected them to do: attempt to rebuild the bullpen from scratch. Not saying that’s a bad thing; sometimes it works. I think Michael Olmsted, if he stays healthy, could be a huge contributor at the big league level. I don’t feel quite as strongly about Asencio, but you never know. 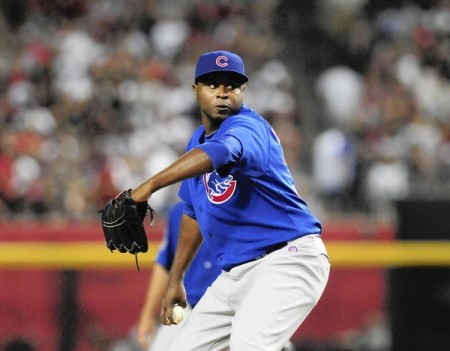 > Apparently Doug Melvin and Zack Greinke recently had a conversation, but it was “just about baseball.” Of course, the media has tried to blow this into a “the Brewers are extremely interested in Greinke” situation, but they didn’t take into consideration that Melvin and Greinke became very good friends outside the game during Greinke’s time in Milwaukee.

Not saying that I don’t want the Brewers to bring Greinke back, but it’s extremely unlikely. The Angels and Dodgers seem to be his most likely suitors at this point.

> Melvin also continues to preach that the Brewers are a “long shot” for Josh Hamilton, who recently announced he’s seeking $175 million years over seven years (not like he’s actually going to get that kind of deal with his injury/drug history, though).

One thing I’ve forgotten to take into consideration this offseason is that Melvin has probably been turned off of mega-deals because of his history with them. In 2001, when Melvin was the general manager of the Rangers, he was the man who signed Alex Rodriguez to the infamous 10-year deal. Of course, the Rangers wound up not being able to afford it and had to send A-Rod to the Yankees. But perhaps that’s why Melvin is being so hesitant with these big-name free agents.

> The finalists for each major award were announced tonight. I’m really not a big fan of this “finalist” concept that has been introduced this year for awards, but here they are:

I’ll reveal my own picks for each award sometime before next week. (By the way, all of my picks were correct last year.)

> Juan Nieves, who threw the only no-hitter in Brewers history back in 1987, was hired as Boston’s hitting coach today.

> Brooks Conrad signed with the Hanshin Tigers in Japan. Maybe he’ll hit higher than .000 over there.